What is Major Depression

Major Depression, also known as Clinical Depression or Major Depressive Disorder, is a mental condition that is characterized by the symptoms of low self-esteem and loss of enjoyment or pleasure in regular day-to-day activities...

Major Depression, also known as Clinical Depression or Major Depressive Disorder, is a mental condition that is characterized by the symptoms of low self-esteem and loss of enjoyment or pleasure in regular day-to-day activities. It is not a once-in-a-while “blues” that an individual can “get over.” Clinical depression is an actual mental sickness that may take time to resolve. 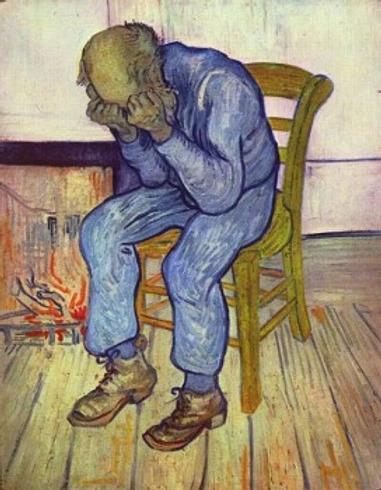 Individuals with this disorder usually feel a sense of guilt, worthlessness, helpless or hopelessness, and self-hatred. Severe cases of major depression may include delusions or hallucinations, poor memory and concentration, self-removal from social activities, decreased sex drive, and thoughts of death or suicide. These symptoms can severely affect the way you think and feel, your eating habits, as well as affect your mood and behavior. It is a condition that currently affects approximately 3.4% of the U.S. population, and which will affect approximately 10% of the U.S. population at some point in their lifetimes. It is also estimated that women are twice as likely to develop major depression in their lifetime as men.

The direct cause of major depression is very hard to identify, but researchers are making advances each day to get closer and closer to a more general cause. There have been many discoveries of possible sources that seem to be linked with major depression. Of these discoveries, the links appear in the fields of psychological, psycho-social, hereditary, evolutionary, and biological factors, such as genetics and evolution, severe childhood sexual or physical abuse, substance abuse, childhood physical and emotional neglect, early loss of a parent, social isolation, poverty, as well as many others.

Typically, like most depressive disorders, major depression is treated with medication, though sometimes the psychiatrist might recommend taking medication while performing other recommended activities such as exercise or talk therapy for example. Anti-depressive medications, otherwise known as anti-depressants, exist in many varieties and are subscribed by the psychologist based on the diagnosis of the depressive disorder. The two most common types of anti-depressants are selective seretonian reuptake inhibitors (SSRI’s) and monamine oxidase inhibitors (MAOI’s). The SSRI’s work by affecting neurotransmitters, such as dopamine or norepinephrine, thereby regulating their activity in the brain. MAOI’s are less common in depression treatment since they were the least recently developed, but also serve as regulators for activities in the brain. In severe treatments, electroconvulsive therapy may be used to treat individuals for those which the anti-depressants are not working and are in a life-threatening stage of depression.

When taking anti-depressant medicine for major depression or similar depressive disorders, it is important to follow the directions of your psychologist to avoid mixing medications, skipping doses, over-dosing, and any other problems that can result from improper use of the anti-depressants. It is also important to consider the side-effects of certain anti-depressant medications. Some side-effects are temporary and will go away once the body adjusts to taking the new medication, however, some side effects can be more serious and may cause problems such as insomnia and nervousness, sexual dysfunction, drowsiness, bladder problems, agitation, constipation, and others.

Get help for Depression right now: