Alzheimer's Disease (AD) is a neurological disease that progressively leads to the irreversible degeneration of brain tissue through the deterioration of neurons and the death of brain cells...

What is Alzheimer’s Disease? 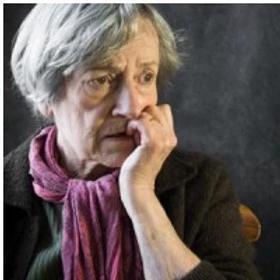 Alzheimer's Disease is an irreversible illness that degenerates neurons and brain cells in the elderly.

Alzheimer’s Disease (AD) is a neurological disease that progressively leads to the irreversible degeneration of brain tissue through the deterioration of neurons and the death of brain cells. The disease worsens as it progresses in its stages of development leading to dementia, the loss of intellectual abilities such as memory and reasoning, and can eventually lead to the impediment of social and occupational functioning with the end result being death. It is the most common form of dementia that we see today, usually diagnosed in the population of 65 and over, though earlier onsets are possible. In 2006, Alzheimer’s took 26.6 million individuals into suffering, and it is expected that in 2050, one in 85 people will have the Alzheimer’s. Currently, there is no cure for Alzheimer’s disease, though huge strives are being made through the work of Alzheimer’s Disease Clinical Trials. Alzheimer’s is also listed as one of the most costly diseases in developed countries due to the cost of caring for people with Alzheimer’s disease.

What are the Signs and Symptoms of Alzheimer’s?

Some of the tests may include one or more of the following:

An early onset of Alzheimer’s disease before the age of 65 is usually really rare unless a person in the potential AD individual’s family was diagnosed for Alzheimer’s disease before age 65. However, if the individual is displaying some of the behavior above, it would most likely be a good idea to have his or her behavior investigated. It is always best for a disorder to be diagnosed as quickly as possible so that it can be treated in its earlier stages. For Alzheimer’s, treating Alzheimer’s disease in its early stages can delay the disease’s progression into its advanced stages as well as make it easy to treat the initial symptoms.

Like with Alzheimer’s disease, all of the above illnesses can cause changes in the brain that do not allow it to function properly, thereby causing dementia.

For more information on Alzheimer’s disease or other mental illnesses or to sign up for a clinical trial, please contact Precise Research Centers at 601-420-5810 or visit http://www.precise-research.com