For many hundreds of years humans have harvested and smoked tobacco. It is commonplace in cultures all around the world... 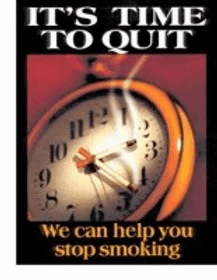 For many hundreds of years humans have harvested and smoked tobacco. It is commonplace in cultures all around the world. Despite its long history and widespread use, people did not know how detrimental cigarettes could be to ones health until as recently as 1964! During this year, the surgeon general published an article that linked smoking to lung cancer. Prior to 1964, 45% of the adult population in America smoked cigarettes, and they were, for the most part, unaware of any health risks. The surgeon general’s article is said to have sparked the nationwide anti-smoking movement.

Anti-smoking advocates have continued to increase in numbers and power and have gone to great lengths to restore the health of the country. Some of the most serious and well-known effects of smoking include lung cancer, emphysema, and heart disease. Also, on average, a smoker’s life is cut short by about 13 or 14 years. These risks are serious and cannot be ignored. In order to improve the health of Americans, the anti smoking movement has spent billions of dollars each year and has passed major legislation to reduce smoking in America. The anti-smoking movement in Mississippi has acted by banning smoking inside public buildings and raising taxes on cigarette to discourage smoking. Mississippi spends a total of 9.9 million dollars each year on advertisement to prevent the use of tobacco.

While the improvement of America’s health is certainly the most important reason to fight against tobacco use, the tobacco-related monetary costs also have caused great concern among Americans. The total health care expenditures each year in the United States due to smoking are 96 billion dollars, and this is costing us all. Each taxpayer must help the government pay for the medical bills of smokers. In Mississippi alone, smoking costs 719 million dollars in health care each year. Each household in Mississippi must pays 553$ in taxes towards smoking related health care each year. Anti smoking advocates hope to do away with these expenses for good by stomping out tobacco use.

The national smoking cessation movement has shown a marked decrease in numbers of smokers. Since the 1960’s the population of smokers has been reduced from 45% to 19% in 2010. This decrease in smoking has been called on of the greatest public health triumphs in the 20th century. For the most part, the challenge is no longer convincing people of the health risks and that they need to quit; the risks are proven and well advertised. The problem now is finding a way to help smokers quit. Nicotine has been ranked the most addictive drug known besides crack cocaine and heroine. 70% of all smokers want to quit, but quitting can seem nearly impossible.

If you or someone you know are seeking help with quitting, there are many resources available. Many smokers use aids like nicotine gum, patches, and prescription medications such as Zyban or Chantix. There are also many local resources to help you quit. 1-800-QUITNOW or 1-800-784-8669 is a Mississippi tobacco quit line. Also ACT centers for tobacco treatment are set up around the state. Here at Precise research centers, we offer a NO COST treatment option.